After spending much of 2020 shut-in, working from home, and watching Netflix, many of us considered taking a break from the internet. Instead, not even the relaxation of lockdowns and the arrival of vaccinations could stop the steady increase in internet traffic. With omicron variant cases on the rise and discussion of having to live with COVID-19 for the foreseeable future, the balance between our physical and virtual lives, among digital dependence and distrust, is shifting. As a result, here are three important things to watch in 2022.

This year could mark the start of the internet that a few big tech companies don’t wholly dominate. According to recent statistics, Americans are abandoning their jobs in historic numbers, with many looking for new careers and new ways to pass the time. People seek fresh distractions due to the amount of time they spend online. As the average amount of time on traditional channels has levelled out, we may have reached peak social media consumption. Other online activities controlled by the behemoths, like shopping or video streaming, have reached a new level of stability.

The fact that a few Big Tech companies dominate our digital consciousness with offerings that haven’t changed much in the last decade fuels the need for new digital distractions. When 2021 came to an end, TikTok had surpassed Google as the most popular online domain. TikTok isn’t precisely a small, new service, but its dethronement of a digital behemoth that ruled the internet for 15 years may portend future developments. Consider nonfungible tokens (NFTs), digital ownership certificates that exploded into the mainstream in 2021 with approximately $41 billion in sales. And when Facebook CEO Mark Zuckerberg began screaming about another odd and foreign distraction—the metaverse—in a bid to divert public attention away from the election, it backfired spectacularly.

There are several athletes to keep an eye on. OpenSea, the largest NFT marketplace, is the obvious winner for the following year’s attention-getter. Total transactions jumped to $14 billion in 2021 from just $21.7 million in 2020 and are primed for even more spectacular growth in 2022. It will rely not only on cultish diversions such as digital art collectibles but also on selling virtual land to speculators looking to stake out territory in the metaverse.

Real business models will underpin these and other virtual distractions. Expect to hear famous venture capital firms, such as Andreessen Horowitz, promote and support “decentralized autonomous organizations”—clusters of users that use the blockchain to bypass traditional Big Tech while also making use of the technology’s benefits.

Governments are taking on the Tech giants.

The long-awaited battle between regulators and Big Tech is expected to occur in 2022. Multiple government agencies have joined the fight in the United States. Meanwhile, Congress will consider more than a dozen proposals aimed at reining in the business. The typical armies of attorneys and lobbyists are in the trenches on the Big Tech side. Still, the general lineup in 2022 will be different, with leadership changes at Amazon and Twitter. Google relies on its nice-guy CEO to garner public favour, whereas Apple is putting its best foot forward.

On the other hand, the showdown’s result is not as evident as the battle lines. With the midterm elections in the United States coming up in November, neither the Biden government nor many congress members have much time to pursue long-term plans that don’t help them gain votes. And broad antitrust enforcement is nothing if not long-term: A case may make the news for a few days, but the resolution could take years (and result in a settlement instead of Facebook or Google getting chopped into pieces). Smaller, more consistent activity generates greater political capital: Consumer privacy regulation, online kid protection, competition law updates, and content liability are all popular with voters and have bipartisan support. Given that the midterm elections may spell the end of Democratic control of both chambers of Congress. 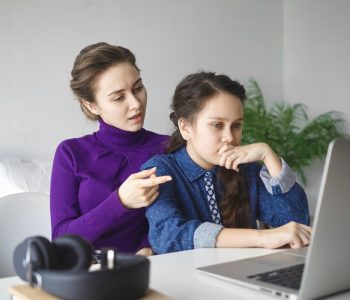