The atmosphere in Silicon Valley has been very toxic, and “bro culture” is rampant there, but there has been a rise in diversity in the past 5 years. There are a number of groups and associated out there that aim to diversify the tech industry, like Lesbian Who Tech, TransTech Social Enterprise and StartOut. So, without further ado, let’s dive into this blog and learn about some of the most powerful and influential queer people in tech. 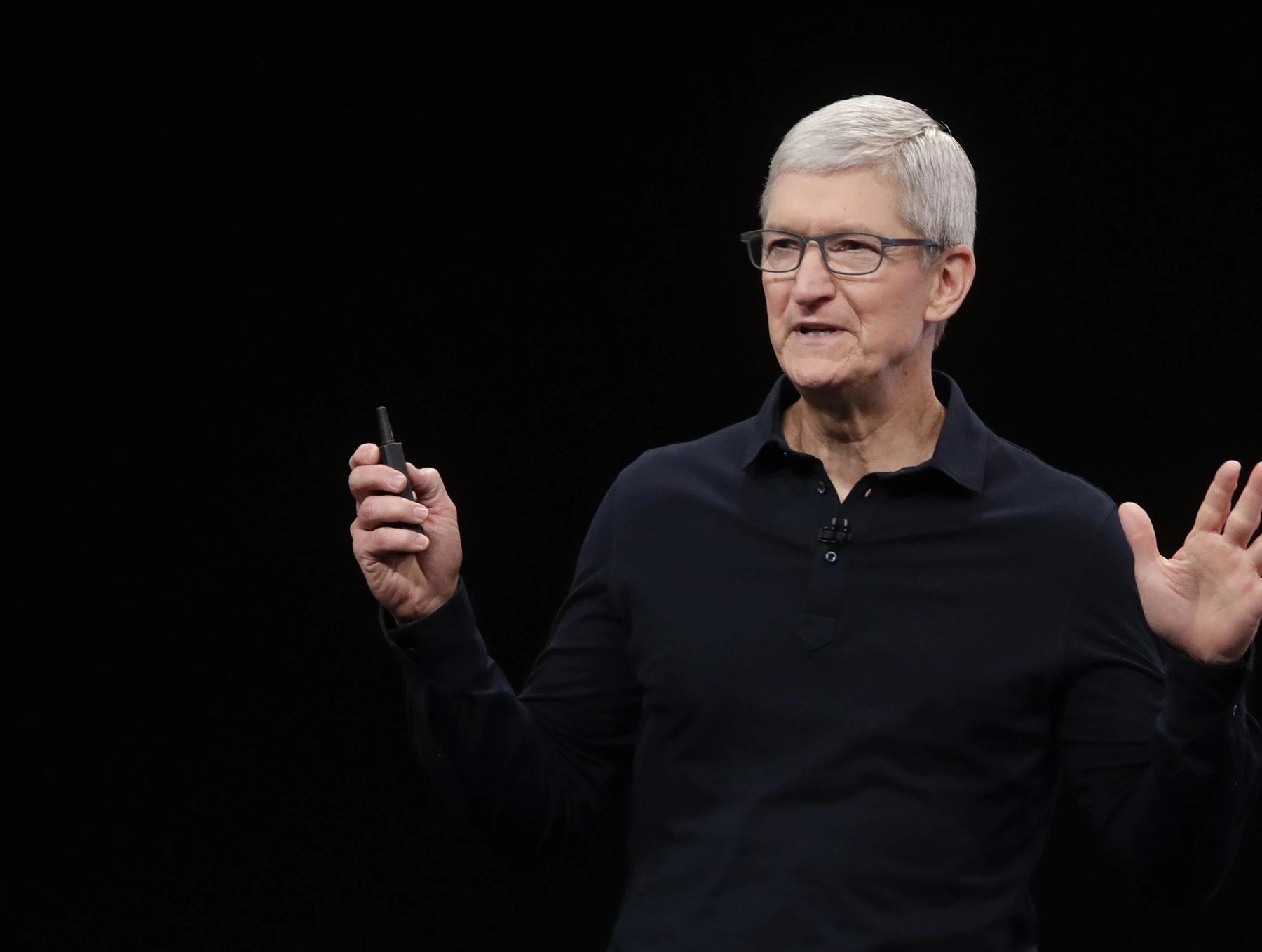 Okay, if we are honest with this one, Tim Cook is not the most influential queer person in tech; he is arguable the most powerful in tech, period. He was originally Apple’s chief operating officer, and in August 2011, he was named the CEO of the company. He came out in a personal essay back in 2014, and this was published in Bloomberg Businessweek.

He is still pretty private about his personal life, and he said that he felt a sense of duty, and this is why he openly came out gay. He says that being gay has had its ups and downs, but this gave him the confidence to be who he is, which helped him rise above bigotry and adversity.

She is currently a managing partner at Backstage Capital and a VC firm that she started back in 2015 while she was unhoused. One of Backstage’s major things and why we love them is that they invest in companies led by underrepresented founders. They invest in companies that are led by minorities like people of color, queer people or even women.

Back in 2018, she openly came out as “the only black queer woman to have ever built a venture capital firm from stretch.” She is also one of the very few openly queer black women that are very influential currently in the tech industry, and we bow down to her. 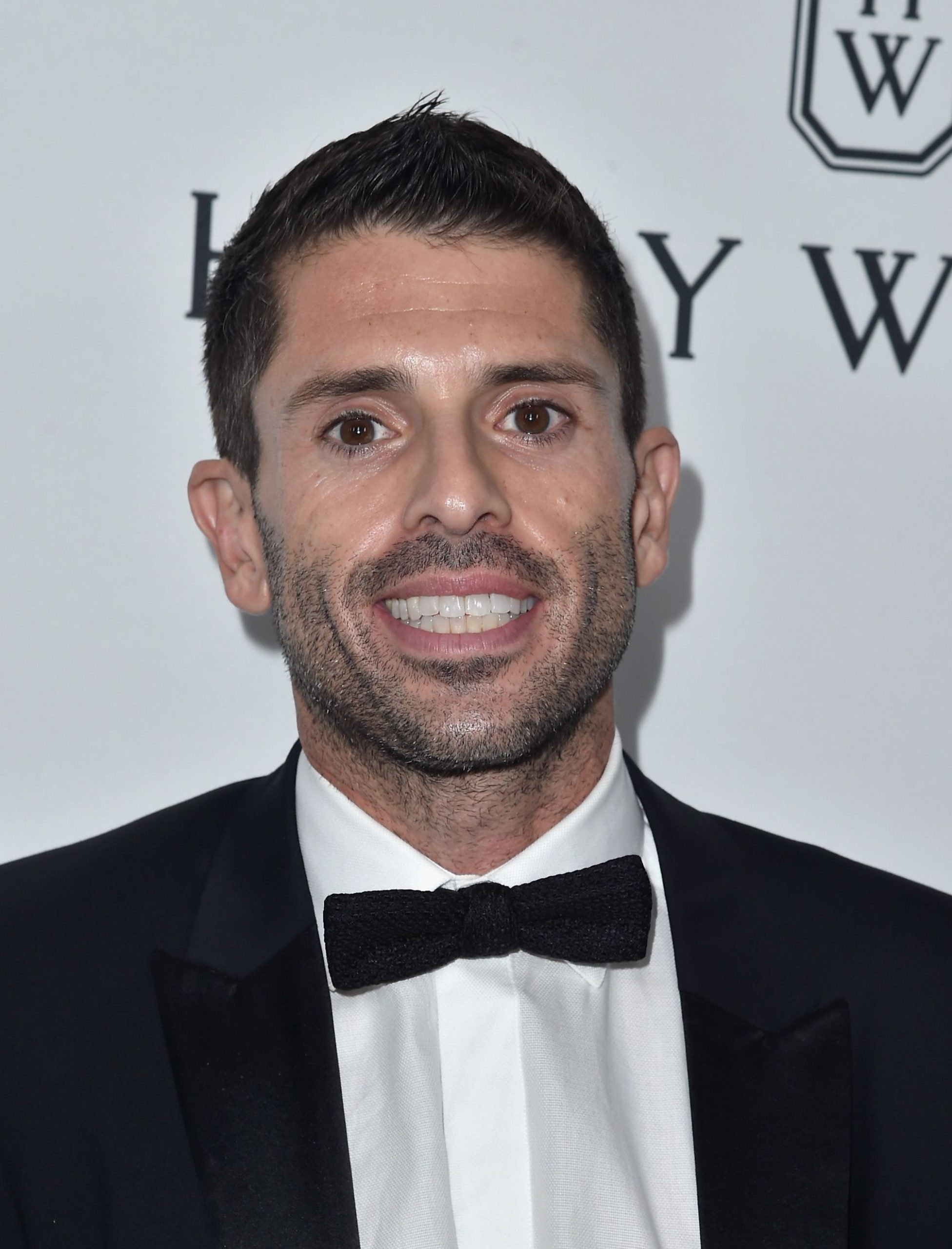 He founded this queer dating app back in 2009 and is an app that is especially for men in The LGBTQIA+ community. Joel Simkhai told Business Insider that the creation of the app was born out of selfish desires, and he wanted to create an app that would make app queer men meet up for fun. Grindr is currently one of the most popular and used queer dating apps out there, and it has almost 4 million daily users.

As a queer person, I would be dishonest if I said I never used Grindr, and this is why Joel Simkhai is on our list of the most influential queer figures in the tech world. Joel Simkhai was the CEO of Grindr up till January 2018, when the app was sold to a Chinese gaming company. He sold his app for over 150 million dollars.

He helped found Prezi, which is a presentation formation alternative to PowerPoint, back in 2009. Peter Arvai is also considered the first openly gay Hungarian CEO, and he has made inclusion and diversity a significant component of Prezi’s work environment. In a 2018 interview with Financial Times, he said that being openly gay was very challenging for him, but this made him a better version of himself in the long run. Most of us know her as Candy from the famous queer TV show, Pose, but she is also a very influential figure in the tech industry. Ross believes that most trans people are not welcomed, if not violently removed, in both work and educational spaces. She currently runs TransTech Social Enterprises, which is an incubator that helps gender-non-conforming and trans people. This organization helps prepare for their career paths and find a job.

Her organization also gives people a place where they are valued for who they are. Ross has been an out individual for over 2 decades and came out in 2000. She was in the military before living and later starting her transition. As a non-binary person of color, I can’t help but respect Angelica Ross for all she is striving to do for our community at large, especially when it comes to the tech world.

Crazy and Weird Inventions in History

Thousands and thousands of patents are granted each year, but not every invention is cool and thrilling. In fact, some of these inventions have been dubbed as the weirdest creations that can end up in the museum of curiosities. 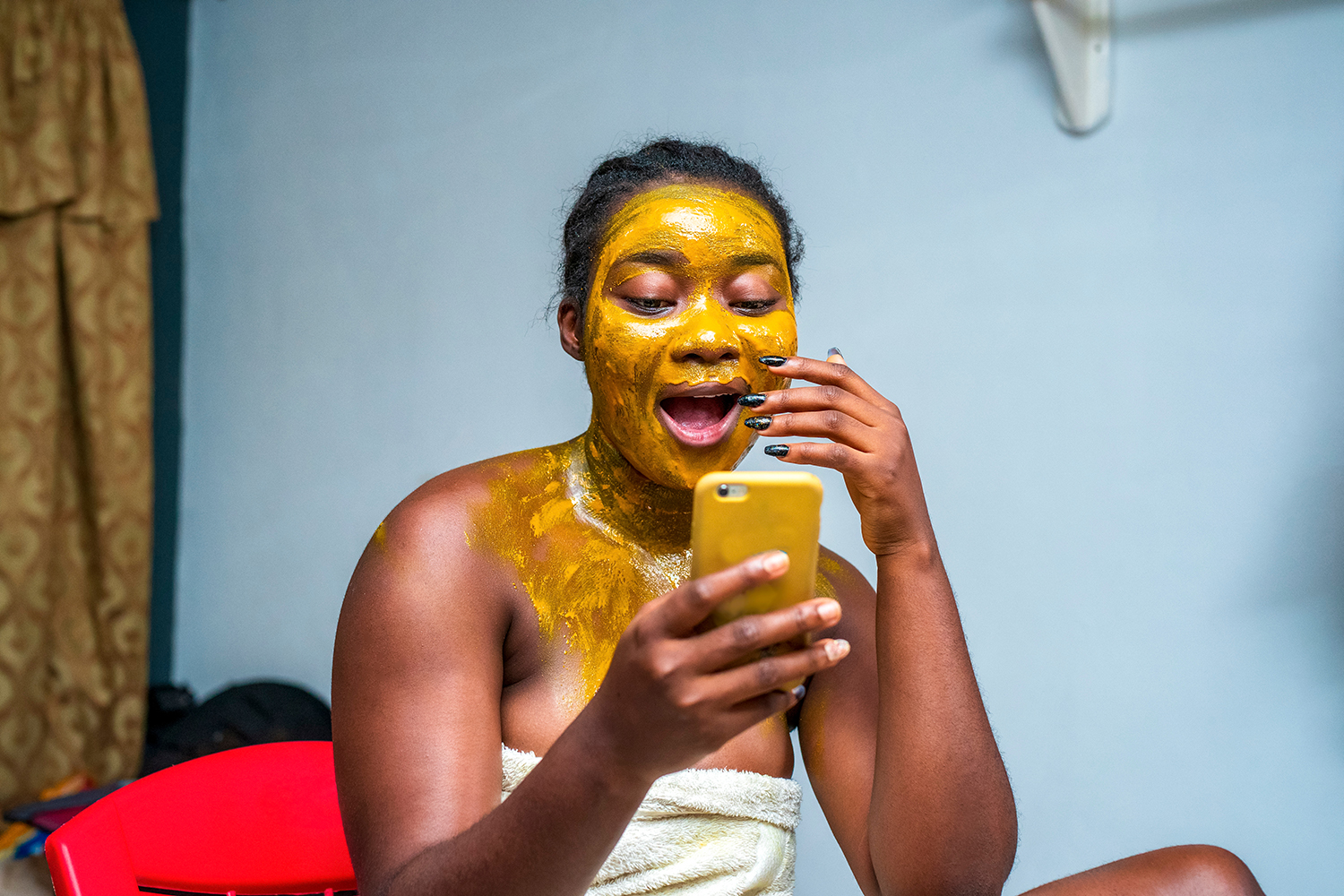 Back then, in the Victorian times, people were so obsessed with beauty that they placed a very high emphasis on their physical appearance. Ideas and standards about beauty used to vary substantially for different cultures and from one era to another but at that time, the basic standards for women’s beauty were based on things like facial symmetry and the color of the eyes. A woman with clear skin, symmetrical features, healthy hair, beautiful eyes, plump lips and the desired waist to hip ratio would have been considered beautiful in almost any culture back then. This is the reason why perfumes, oils and other beauty treatments were the rages in the Victorian era.

During this same era, a woman named Madame Helen M Rowley, who was an Ohio dressmaker, decided to create the very first toilet mask. Created out of a flexible rubber, this mask was designed to beautify and preserve the beauty and facial appearance of a woman. The invention was patented in 1875 and Madame Rowley called it her, “Mask for Medical Purposes”.

The mask was soft and pliable and was meant to be worn at night. There was neither any need to wash them off.

Madame Rowley further explained the science behind her mask. Firstly, it could allow more sweating that would purify and soften the skin. And, secondly, it could prevent blemishes and preserve the skin. The masks eventually became so popular that other women and a few companies started making their own versions. However, when materials like sulfur, lead and asbestos were used, the masks became hazardous and caused much more damage to the skin.

Honestly, I don’t know for you, but I thank my lucky stars for not being born in that era and having to wear that horrible Halloween mask. 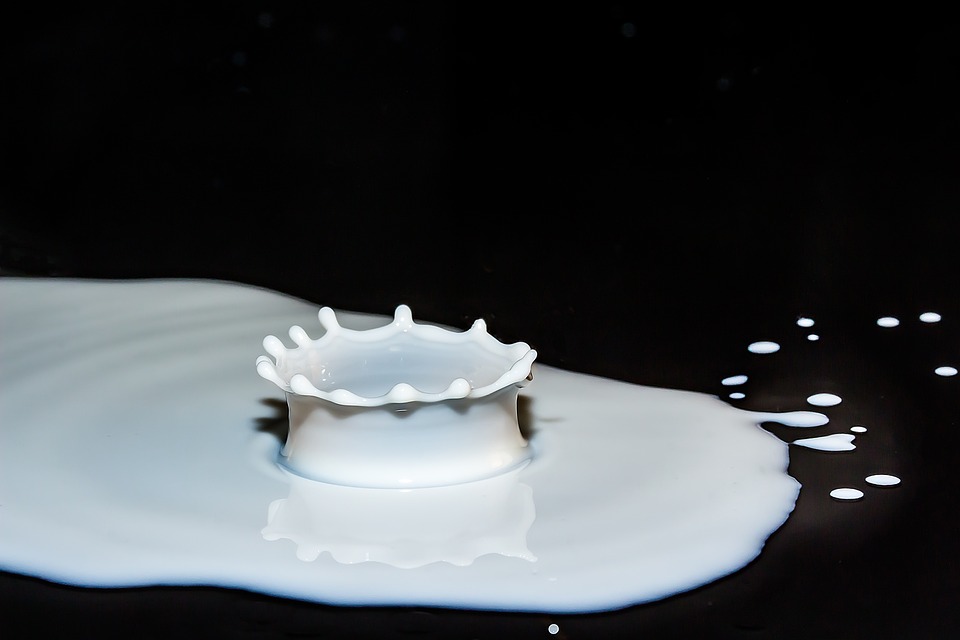 According to a recent research by The Guardian, one in six pints of milk produced globally is usually wasted, which results in the waste of around 128 million tons of milk per year. And, how many times have your milk gone sour and spoiled and you had to throw it away? Well, I’ve stopped counting.

However, when German fashion designer Anke Domaske, looked at a glass of milk, she thought about all the T-shirts she could make from it. That sounds weird, but in 2011, the fashion designer accomplished her dream.

During the year of the rabbit, a new ground-breaking fabric was unveiled to the world. QMilch was the first man-made fabric that was produced using high concentrations of the milk protein casein and let me add that the fabric was made without any chemicals.

Have a look at Domaske’s statement to the world:

“The casein is extracted from dried milk powder and then heated up in a type of meat-mincing machine with other natural ingredients. This fabric is very ecological but also has many health benefits. For example, the amino acids in the milk are antibacterial, anti-aging and can help regulate both blood circulation and body temperature. Moreover, this fabric feels like silk and it doesn’t smell — you can wash it just like anything else.” 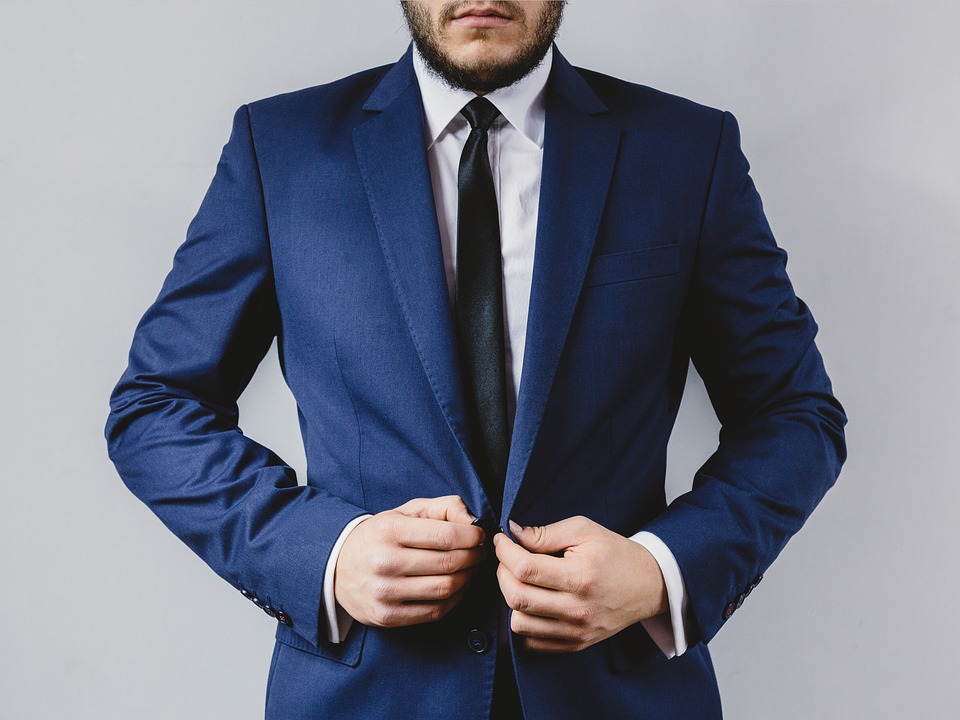 The world has seen hidden drinking pouches and tiny buckle flasks, but now we are moving into a new era where you could easily sneak a drink into your workplace.

The flask tie consists of a cheap necktie – don’t expect any fancy Louis Vitton stuff – with a hidden pouch that can be inserted inside the fabric. And, of course, you can pour any of your favorite beverage into the pouch and “wear” it around your neck.

Sounds kind of fun, right? If only we could wear ties at school!